Taking the worry out of home buying.

As a homeowner, you’ve probably heard about the dangers of radon. Radon is a radioactive, colorless, odorless, tasteless noble gas that occurs naturally as the decay product of radium. Since radon is a gas, it can enter buildings through openings or cracks in the foundation. So why is it important to test for radon and what does the testing process entail? In this blog post, we will explain all that and more.

The International Agency for Research on Cancer classified Radon-222 as carcinogenic to humans. Keep in mind, however, that exposure from radon is indirect. The health hazard doesn’t necessarily come from radon itself, but rather from the radioactive products formed in the decay of radon. With this exposure comes an increased risk of radiation-induced cancer. Believe it or not, radon is the second leading cause of lung cancer according to the National Cancer Institute. The Environmental Protection Agency confirms that radon is responsible for more than 20,000 cancer deaths every year, with nearly 3,000 of those occurring among people who have never smoked. In homes particularly, radon gas can accumulate in homes, especially in spots such as attics and basements. It’s important to know that radon levels fluctuate naturally, meaning testing for high levels should be high on your priority list. Since radon is an odorless gas, the only way to detect it would be testing with a machine or canister.

What Does the Radon Testing Process Involve?

At Veterans Home Inspection in Charlotte, radon inspection is a two-day process in which a Sun Nuclear machine is placed at the lowest level of property that’s habitable. If you have a home with a finished basement, then that’s where our team will complete the test. On the other hand, if your home doesn’t have a basement, the test will be placed on the first floor. If after 48 hours the radon level is found to be at or above 4.0 PCI/L, it’s considered “unsafe” by the EPA. Please be aware that it’s not radon being detected that’s the issue, as it will always be present. It’s actually the levels at which it fluctuates that concerns radon inspectors.

Why Team with a Radon Gas Detector?

Especially if you’re about to move into a new home, it’s important to take the necessary steps toward having a radon gas test done. Chances are that you’ll have a carbon monoxide detector, security system, and other items in the home to keep your family safe. It’s no different with radon. When you consult a radon detector and they deem that the levels are problematic, the situation can be remedied by what’s called a radon mitigation system. These devices can cost anywhere from $1,000-$2,000 depending on the type and specific characteristics of your home.

Don’t put off your home’s radon inspection any longer. Choose the professionals at Veterans Home Inspection, where veterans, first responders, and teachers get a discount.

Call us today and request your free quote. 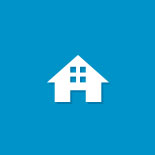 All your home inspection needs under one roof! 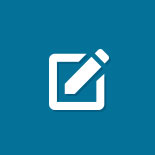 Learn about our experience and attention to detail! 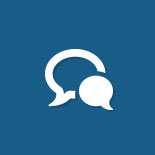 Reach out today to get more information about our services.